Striking back at the nannycrats who want “more Europe” including a “superstate”, French presidential candidate Marine le Pen instead seeks a “Europe of Nations”.

Laying out her foreign-policy vision in a speech in Paris, Le Pen spoke of a world based on nation states that pursue their own interest and preserve their own cultures without interference.

“To assure the freedom of the French, there is no price too high too pay,” Le Pen said. “The foreign policy of France will be decided in Paris, and no alliance, no ally, can speak in her place.”

Her first move as president would be to renegotiate EU treaties as an initial step toward creating a “Europe of Nations,” she said. She saluted Britain’s vote to leave the EU, and said she’d withdraw from NATO’s military command.

“I rejoice in Europeans claiming back their freedom against the attempts to create an artificial superstate,” she said. “The European Union is not the solution, it’s the problem.”

On the U.S., she said she was hopeful President Donald Trump would reverse what she described as interventionist policies of President Barack Obama. She listed support for rebels in Libya and Syria as “mistakes” that have undermined world peace.

EU is a Problem

Le Pen is also correct in blasting US intervention.

I think le Pen can win the French election. Her blast of NATO and immigration and her focus on jobs is very likely to resonate with voters. Things are already running her way.

PresiTrack Poll results show eurosceptic Marine le Pen is not only in the lead for round one, but she has significantly closed the gap in round two as well. 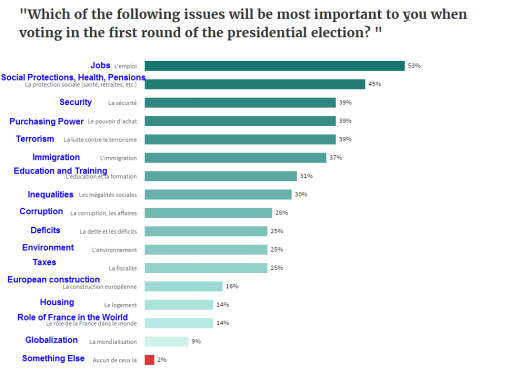 “Without thinking of the candidate who has your preference, among the following candidates in the presidential election, which one has scored the most points in the past week? “ 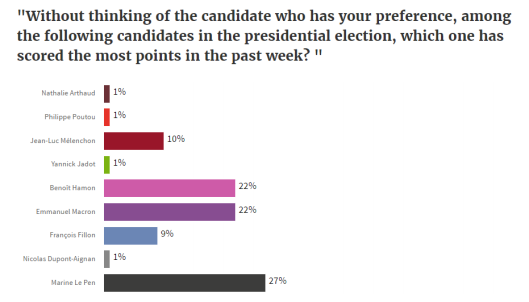 Marine le Pen is scoring the most points with voters despite a recent surge for Fillon.

31 thoughts on “Le Pen Calls for “Europe of Nations”, Blasts EU as “the Problem””