MIrma slammed Florida Sunday Morning knocking over cranes in Miami. Several people have been killed, but the worst is yet to come.

A ‘catastrophic’ storm surge as high as 15 feet will inundate the West coast after the eye passes through. 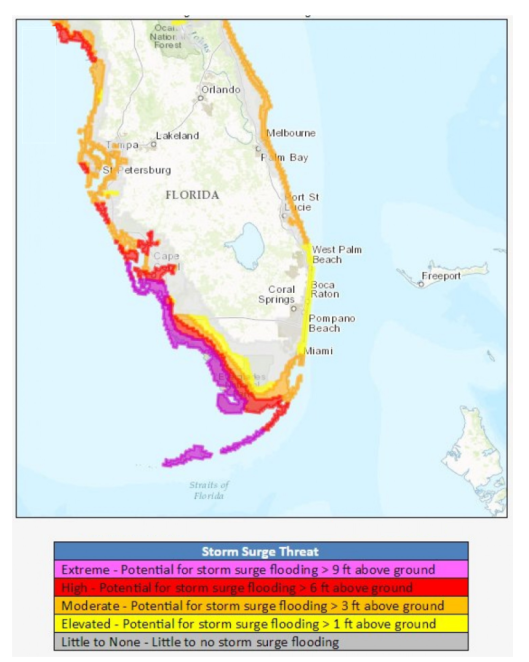 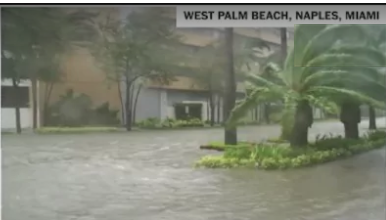 The extremely dangerous Category 4 Irma crashed into the Florida Keys on Sunday morning, unleashing violent wind gusts and storm-surge flooding. Florida’s western coast is now facing Irma’s wrath, and forecasters fear this storm will go down as one of the worst in the state’s history.

Winds in excess of 100 mph could batter numerous population centers along the western coast, including Naples and Fort Myers and up the coast to Tampa. And coastal waters could rise 10 to 15 feet above normally dry land, inundating homes, businesses and roads, an “imminent danger,” according to the National Hurricane Center.

“The Keys through Tampa will likely experience the worst storm surge event that area has seen in generations,” said Bill Read, a former Hurricane Center director.

At 1 p.m. Sunday, Irma was centered 50 miles south of Naples and its northern eyewall, the zone of most violent winds, was closing in on Marco Island. The storm, packing peak winds of 130 mph, was crawling to the north at 9 mph. It was predicted to move up the west coast of Florida into Sunday night.

While the winds ramped on Florida’s west coast, water was actually retreating from Naples to Tampa due to offshore winds from the east pulling the sea back. But forecasters warned residents that about two to three hours after the storm’s center passed to the north and winds blew back onshore, waters would rush back in rapidly causing severe inundation.

“The most important thing to understand is that the Gulf water will surge in and rise quickly WELL AFTER the strongest winds go by,” Bryan Norcross, senior hurricane specialist on The Weather Channel, posted on Facebook. “You might think the storm is ending, but the deadliest part of the storm is still to come.”

Miami International Airport clocked a gust to 94 mph and an isolated gust hit 100 mph at the University of Miami. Nearly 1.6 million customers were without power, mostly in Miami-Dade, Broward and Palm Beach counties.

At the same time, the seas were rising several feet above normally dry land. Video from NBC News showed water pouring through Miami’s streets, in between high-rises.

Any coastal city from Tampa Bay south to Naples is at risk, with historic flooding (the likes of which haven’t been seen in this area since Hurricane Donna in 1960) threatening thousands of people and structures.

Don't be fooled by low water conditions on the FL W coast ahead of Irma, water will rapidly surge back when the winds change direction

your Tweet was quoted in an article by @washingtonpost https://t.co/Ry5d5ROVyJ 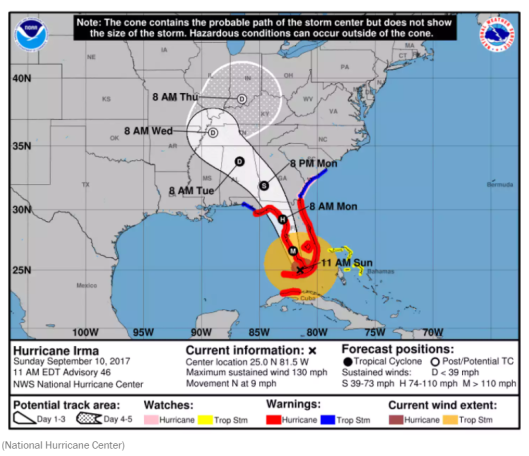