At least 13 people were killed and scores hospitalized for smoke inhalation in multiple fires in Sonoma, Napa, and Yuba counties. Thousands of homes were destroyed and many wineries were wiped out.

The biggest blaze is called the Tubba fire. It destroyed 27,000 acres in Sonoma county.

There are numerous reports of looting and Governor Jerry Brown declared a state of emergency. 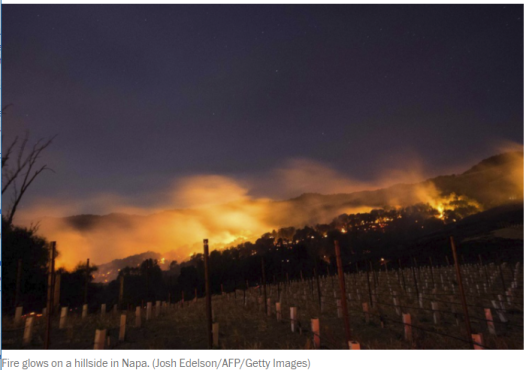 Jonathan Cox, Battalion Chief of the California Department of Forestry and Fire Protection, called the fires “unprecedented” in how quickly they spread.

After first igniting late Sunday evening, the fires — at least 17 in all — remained largely uncontained, and may continue spreading because of heat, low humidity and wind, officials said. At least 11 people have been killed in the fires, scores of others have been injured or reported missing, and more than 1,500 homes and businesses have been destroyed, officials said Tuesday.

Firefighters had “zero percent” containment as of Monday evening, according to a Cal Fire spokesman.

Santa Rosa issued a mandatory evacuation of its residents in affected areas at 10 a.m. PT Monday morning after the city manager declared the fires a local emergency. California Gov. Jerry Brown also declared a state emergency as fires continued to rip through northern and southern parts of the state.

Several neighborhoods in northern Santa Rosa were almost completely burned to the ground including Fountaingrove, according to Cal Fire director Ken Pimlott, who spoke with the Los Angeles Times. 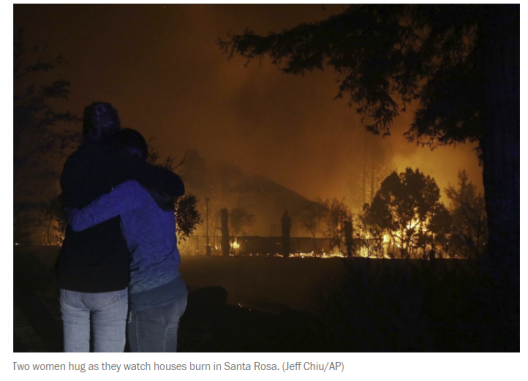 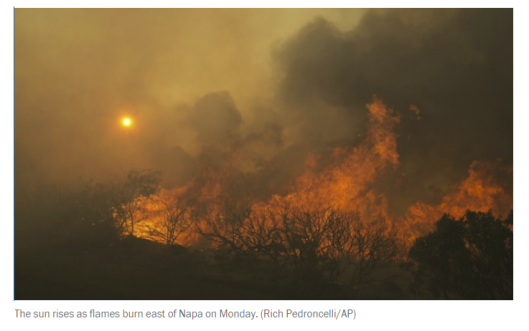 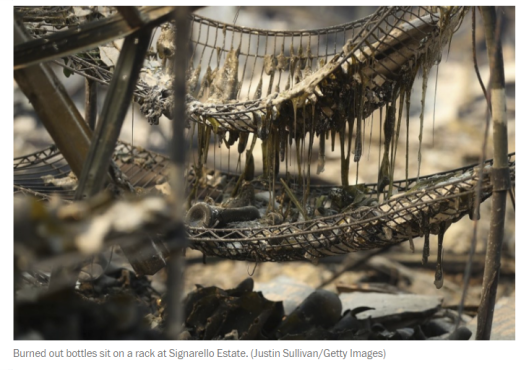 Best wishes to all affected.